The much debated EB-5 Investor Visa is about to get a much wanted overhaul. There’s a new program director at the helm, and he’s rocking the boat. At least this is what a recent article on Huffington Post is signaling. 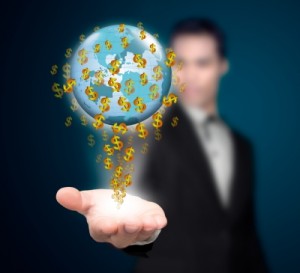 Nicholas Colucci, the newly appointed EB-5 program director, held a teleconference in february, in which he proposed major improvments to this immigration visa, that paves the way to a Green Card for foreign investors and their families. He signals that he has all the intentions to stir the boat in the right direction. The question is, will Congress want to start rowing?

For years, this program destined to help grow the US economy through foreign investment, has been getting more and more sluggish and inefficient.

According to USCIS (United States Citizenship and Immigration Services), “USCIS administers the Immigrant Investor Program, also known as “EB-5,” created by Congress in 1990 to stimulate the U.S. economy through job creation and capital investment by foreign investors.” Basically, if you are an foreign investor, you have the opportunity to get a green card if you invest $500,000 to $1 million in a U.S. business venture, under certain conditions.

What Mr. Colucci intends to do, is bring more transparency and resources to the program, so as to make the entire process more efficient. Speeding up a process that normally takes up to 10 months to review is not the only goal, however. Increasing competency is also important, and Mr> Colucci is bringing on board more people with economic background, so that the decisions can increase the advantage to the US economy, as well. As the Huffinton Post article notes: “it makes no sense and is of little help to anyone in EB-5 to approve a project or investment that is not likely to succeed. Conversely, green-lighting projects that are well planned and likely to succeed will continue to strengthen the program’s image as well as provide much needed benefits to the U.S. economy.”

There are other issues that need improvement, besides the ones mentioned above, but they will need the help of Congress in order to become reality. For example, the EB-5 quotas: currently, the program allows for a total number of 10,000 visas to be approved, for year. However, this number is not limited to the investors alone, but includes the members of their dependands, as well. As such, the real number of investors that get approved for such visa, is actually around 3,000.

What Mr. Colucci is proposing, and Congress needs to vote into law, is to exclude the family members of those granted the investor visa, from counting towards the cap limits. This way, the number of actual investors will actually grow.

An added bonus is that these investors will not only obtain permanent residence (“green cards”) for themselves, their spouse, and children under age 21 in a relatively short period of time, but college age children will also have the option of attending in state colleges, a substantial potential savings to the individual investor, given the high cost of U.S. private higher education.  It also is a “no brainer” which potentially provides economic stimulus to the U.S. by the capital infusion and direct job stimulus.