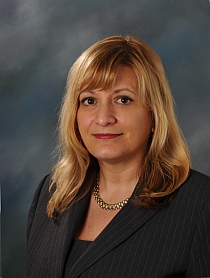 Leslie I. Snyder founded the firm in 1991 after graduating from law school four years earlier.  She is a native U.S. citizen born in Ann Arbor, Michigan while her father, Lee H. Snyder was attending the University of Michigan Law School, and who grew up in Main Line Philadelphia — in Chester County, Pennsylvania.

She was admitted to practice before the Florida Supreme Court in 1988; the District of Colombia in 1990; and New York in 2017.   She is eligible to practice immigration law in all 50 states.

Ms. Snyder’s practice focuses on the preparation, filing and presentation of visa applications for temporary and permanent residence in the U.S. Her expertise is in several areas of the immigration law:

She was awarded a Master’s Degree in Bilingual Studies (Spanish) at Marywood College in 1982.

She studied law at Notre Dame’s London Campus and at California Western School of Law in San Diego/University of California, San Diego, where she received her Juris Doctor Degree in 1987.

She was admitted to practice before the Florida Supreme Court in 1988 and the District of Colombia in 1990.

She has served twice on the Florida Bar grade review panels for board certification in Immigration and Naturalization Law, serving in an advisory capacity for the Board of Legal Specialization and Education of the Florida Bar.

She spoke on an expert panel in Miami in May, 2005 regarding non-immigrant visas and advice for employers.

In 2006, she was featured in a Valencia, Spain newspaper, and in 2007-2009 she was listed as one of 5% of selected lawyers in Florida Superlawyers, and she is frequently listed Who’s Who and the National Registry of Preeminent Lawyers.